5 Books that will ..... politics/history

If you’ve recently had a breakup, this list is for you!

Check out the 10 best books to read after a breakup recommended to you by 6 experts.

Discover ways on how to get back on your feet stronger and wiser.

1. The Communist Manifesto
by Karl Marx 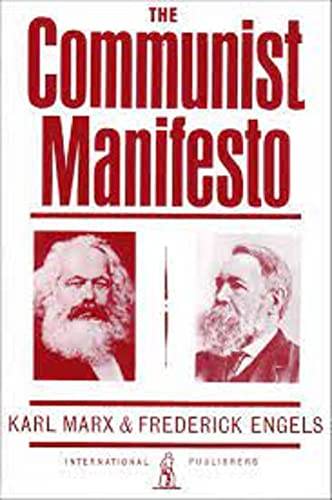 “The reading of all good books is like conversation with the finest (people) of the past centuries.” - Descartes

“Let the ruling classes tremble at a Communistic revolution. The proletarians have nothing to lose but their chains. They have a world to win. Workingmen of all countries unite!” ― Karl Marx, The Communist Manifesto.

The Communist Manifesto (officially Manifesto of the Communist Party) is an 1848 political manifesto by German philosophers Karl Marx and Friedrich Engels that laid out the program of the Communist League. Originally published in German (as Manifest der kommunistischen Partei) just as the revolutions of 1848 began to erupt, the Manifesto has since been recognized as one of the world's most influential political manuscripts.

It presents an analytical approach to the class struggle (historical and present) and the problems of capitalism and the capitalist mode of production, rather than a prediction of Communism's potential future forms. The Communist Manifesto contains Marx and Engels' theories about the nature of society and politics, that in their own words, "The history of all hitherto existing society is the history of class struggles". It also briefly features their ideas for how the capitalist society of the time would eventually be replaced by socialism, and then finally Communism.

Relatable Quote: “The proletarians have nothing to loose but their chains. They have a world to win.”

I want this book now !

2. A Promised Land
by Barack Obama 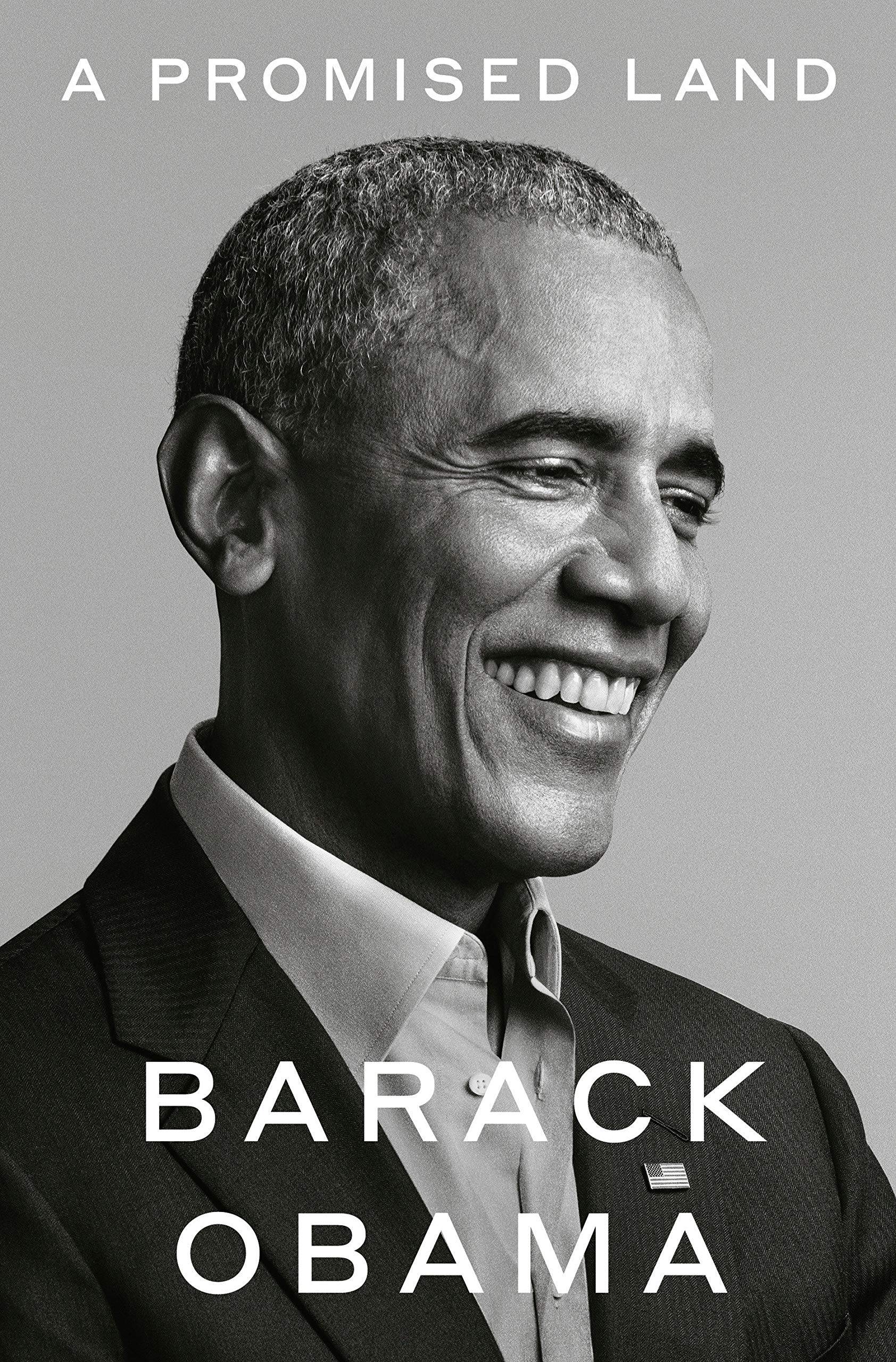 In the stirring, highly anticipated first volume of his presidential memoirs, Barack Obama tells the story of his improbable odyssey from young man searching for his identity to leader of the free world, describing in strikingly personal detail both his political education and the landmark moments of the first term of his historic presidency—a time of dramatic transformation and turmoil.

Obama takes readers on a compelling journey from his earliest political aspirations to the pivotal Iowa caucus victory that demonstrated the power of grassroots activism to the watershed night of November 4, 2008, when he was elected 44th president of the United States, becoming the first African American to hold the nation’s highest office.

Reflecting on the presidency, he offers a unique and thoughtful exploration of both the awesome reach and the limits of presidential power, as well as singular insights into the dynamics of U.S. partisan politics and international diplomacy. Obama brings readers inside the Oval Office and the White House Situation Room, and to Moscow, Cairo, Beijing, and points beyond. We are privy to his thoughts as he assembles his cabinet, wrestles with a global financial crisis, takes the measure of Vladimir Putin, overcomes seemingly insurmountable odds to secure passage of the Affordable Care Act, clashes with generals about U.S. strategy in Afghanistan, tackles Wall Street reform, responds to the devastating Deepwater Horizon blowout, and authorizes Operation Neptune’s Spear, which leads to the death of Osama bin Laden.

A Promised Land is extraordinarily intimate and introspective—the story of one man’s bet with history, the faith of a community organizer tested on the world stage. Obama is candid about the balancing act of running for office as a Black American, bearing the expectations of a generation buoyed by messages of “hope and change,” and meeting the moral challenges of high-stakes decision-making. He is frank about the forces that opposed him at home and abroad, open about how living in the White House affected his wife and daughters, and unafraid to reveal self-doubt and disappointment. Yet he never wavers from his belief that inside the great, ongoing American experiment, progress is always possible.

This beautifully written and powerful book captures Barack Obama’s conviction that democracy is not a gift from on high but something founded on empathy and common understanding and built together, day by day.

“A powerful book with lots of insights into great leadership.”—Bill Gates, GatesNotes

“Barack Obama is as fine a writer as they come. . . . [A Promised Land] is nearly always pleasurable to read, sentence by sentence, the prose gorgeous in places, the detail granular and vivid. . . . The story will continue in the second volume, but Barack Obama has already illuminated a pivotal moment in American history, and how America changed while also remaining unchanged.”

Relatable Quote:   “Enthusiasm makes up for a host of deficiencies.”

I want this book now !

3. Sapiens: A Brief History of Humankind
by Yuval Noah Harari 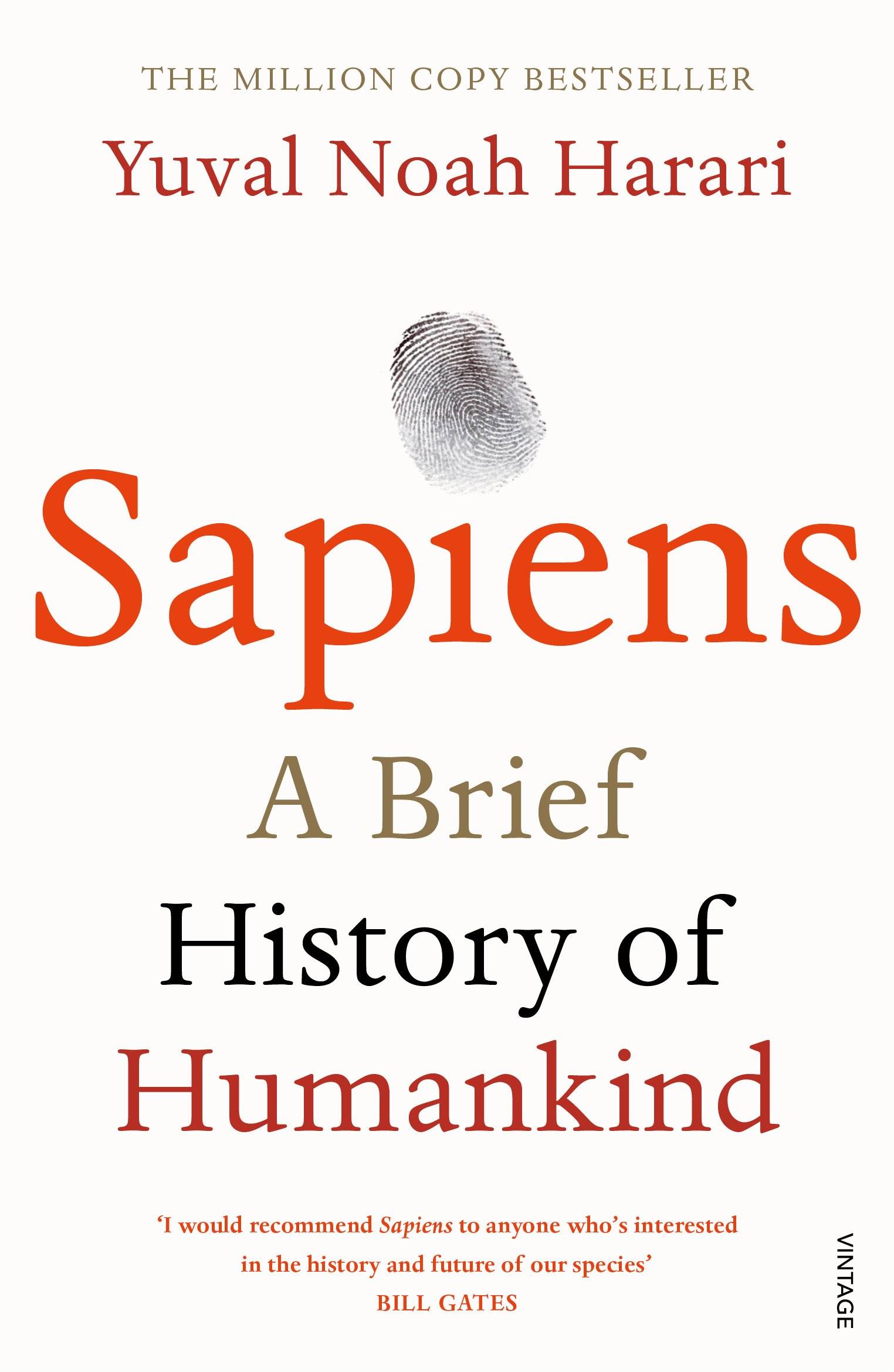 How did our species succeed in the battle for dominance? Why did our foraging ancestors come together to create cities and kingdoms? How did we come to believe in gods, nations and human rights; to trust money, books and laws; and to be enslaved by bureaucracy, timetables and consumerism? And what will our world be like in the millennia to come?

In Sapiens, Dr Yuval Noah Harari spans the whole of human history, from the very first humans to walk the earth to the radical – and sometimes devastating – breakthroughs of the Cognitive, Agricultural and Scientific Revolutions. Drawing on insights from biology, anthropology, paleontology and economics, he explores how the currents of history have shaped our human societies, the animals and plants around us, and even our personalities. Have we become happier as history has unfolded? Can we ever free our behaviour from the heritage of our ancestors? And what, if anything, can we do to influence the course of the centuries to come?

Bold, wide-ranging and provocative, Sapiens challenges everything we thought we knew about being human: our thoughts, our actions, our power ... and our future.

Relatable Quote: “How do you cause people to believe in an imagined order such as Christianity, democracy or capitalism? First, you never admit that the order is imagined.”
I want this book now !

4. Why Nations Fail by Daron Acemoglu 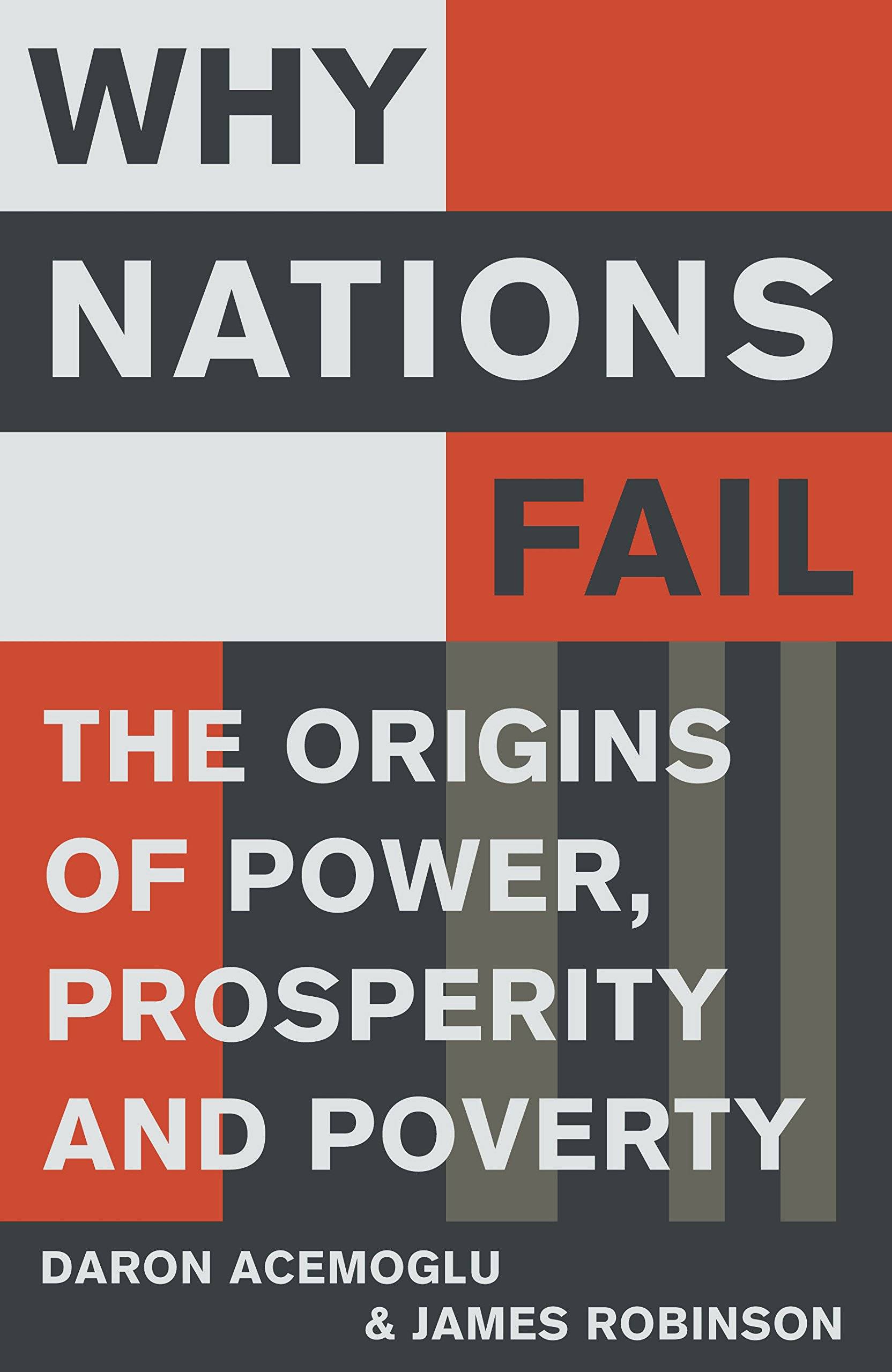 Why are some nations more prosperous than others? Why Nations Fail sets out to answer this question, with a compelling and elegantly argued new theory: that it is not down to climate, geography or culture, but because of institutions. Drawing on an extraordinary range of contemporary and historical examples, from ancient Rome through the Tudors to modern-day China, leading academics Daron Acemoglu and James A.

Robinson show that to invest and prosper, people need to know that if they work hard, they can make money and actually keep it - and this means sound institutions that allow virtuous circles of innovation, expansion and peace. Based on fifteen years of research, and answering the competing arguments of authors ranging from Max Weber to Jeffrey Sachs and Jared Diamond, Acemoglu and Robinson step boldly into the territory of Francis Fukuyama and Ian Morris. They blend economics, politics, history and current affairs to provide a new, powerful and persuasive way of understanding wealth and poverty. They offer a pragmatic basis for the hope that at 'critical junctures' in history, those mired in poverty can be placed on the path to prosperity - with important consequences for our views on everything from the role of aid to the future of China.

Relatable Quote: “Even though extractive institutions can generate some growth, they will usually not generate sustained economic growth, and certainly not the type of growth that is accompanied by creative destruction.”
I want this book now !
Thank you for your order!!Our team will contact you via Whatsapp to confirm your order (This Includes the discounts). PS: If you don't have Whatsapp you can call us in this number: 0762859114 and we will confirm your order.Thanks, Stay Safe ❤️
Ok